A Spoon Full of Sugar

Large institutions are needed to service large groups of people. The reason why we don’t, for example, assign one private teacher for each student is because the training time and costs would be astronomical.

That’s why division of labor and, conversely, consolidation exist. Because, like at the good ole Ford factory, it’s a lot more efficient to train somebody to be good at one particular thing and become really effective at it, than it is to comission one man to build an entire car from scratch. And because for the price of one waiter, you can serve 10 tables, not just 5, if you set things up right.

The hospital is no different, and relies a lot on division of labor to keep things running smoothly. In theory, doctors, nurses, PCAs (orderlies), technicians and clerks should work in parallel to eachother with requests being thrown laterally, but there are also unofficial chains of commands at play on an entirely different plane of interaction.

In most cases, the chain of command places the doctor at the top. Since the operation efficiency of doctors, who are the least numerous of all the people in an Emergency department, determines how fast we get patients out, they (as the bottlenecks) become the key players. They’re like the goaltenders of the game. Moreso at night, when there is only one doctor covering the entire department. You can play without this person or that person, but without *this particular position* being covered, attempting to play altogether seems rather stupid and doomed.

The thing about the chain of command in a hospital though is it isn’t like in the military. In the military, conceivably those who are promoted are those who have also previously served in the lower ranks. Thus, a major knows how to do the job of a private, because that’s how he/she started.

A hospital on the other hand deals with an interopration of different fields. A doctor often can’t do a nurse’s job. Less likely that they can do a technician’s job. Almost impossible that they do a clerk’s job. It’s simply that that’s not the way they’re trained.

The best doctors to have running an ER are those who know the roles of each worker type– they understand what they can expect from who, and what they can and can’t ask for. They are specific enough to let us know what they want, yet trusting enough to allow us to figure out how to get the job done by our own methods.

The worst doctors are the ones who treat themselves like kings of the realm and attempt to micromanage things. This isn’t Starcraft. If, for example with the overnight doctor I’m working right now, a doctor knows a little about clerical procedures and then attempts to tell the clerks what to do, things usually get really annoying really fast. Mostly because they’re not wrong– it’s just that, because they only know a little bit, they’re not suggesting the most efficient ways of doing things.

It’s kind of a ‘management’ trap that a lot of setups like this fall into– that the higher ups micromanage too much, when they should learn to delegate.

It’s true, on the other hand, that some setups have too much delegation without enough real management. There needs to be a healthy medium between the two.

Too much micromanagement and those units start getting uptight because management is making things unneccarily complicated or redundant.

Not enough management and too much delegation and units feel that they don’t have the ressources to get their jobs done and that they’re being expected to do the impossible.

The worst kind of management combines the two, and is known fondly as “Seagull Management.” Basically, a manager swoops in, makes a lot of noise and shits all over the place, and then flies away leaving everyone to clean up the mess.

The doctor on tonight is the Type-1 bad manager– she’s telling everybody what to do when she doesn’t know what we should be doing. Thankfully, she’s usually too busy and we mostly try to just do what we should do instead of what we’re told, so the efficiency of the department doesn’t really drop by all that much except as much as we allow our morale to affect our work.

My actual manager though, the one in charge of all of us coordinators, is a paragon example of Seagull Management.

Which is going to be extra fun in the coming months, because we’ve started doing “employee performance reviews.”

Now that I’m on a dataplan, I can finally start randomly bombing Xanga from my phone with photos. So, you’ll probably be seeing some random things every now and then from as I make my way around the town. 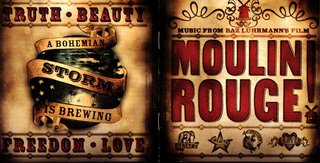